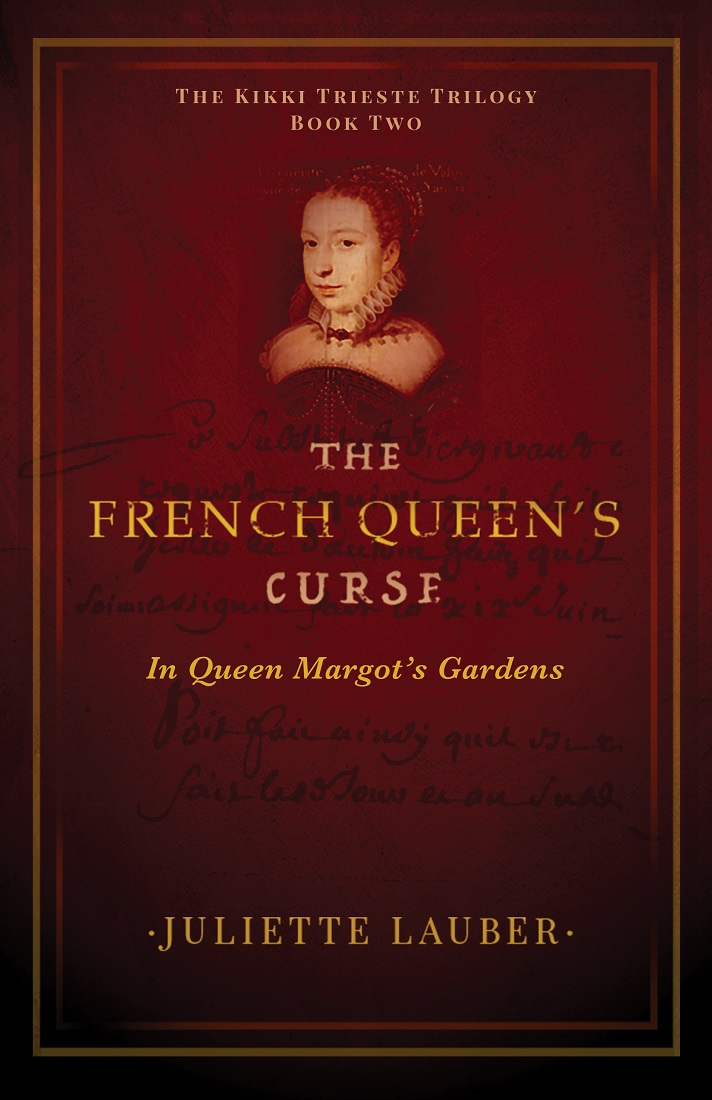 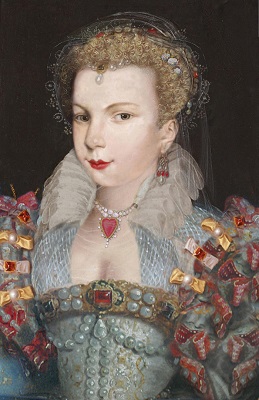 Her new historical thriller
will transport you! BUY IT NOW!

Juliette Lauber’s latest novel is an epic time-travel, historical romance and thriller that spans four centuries in Paris. Véronique “Kikki” Trieste international entertainment lawyer, moonlighting as a time traveler and a 21st Century High Priestess, answers a plea from the ghost of Queen Marguerite de Valois, “La Reine Margot,” daughter of the treacherous Queen Catherine de Medici, to break a 400 year-old curse. Two ancient secret societies are pitted against each other—one, the Knights of the Holy Swords of God, aiming to destroy—the other, the Daughters of the Goddess Inanna, intent on saving the City of Light. Kikki crosses time and dimension to the 16th century through past life visions to help Margot flee Paris with her newborn daughter.

2015: The old curse once again lays siege to Paris, and Kikki is thrust into battle against the Knights of the Holy Swords of God led by their Grand Master who seeks world dominion. Kikki fights alongside her sexy Spanish lover, Torres, Cambridge bred archeologist and Interpol’s head of black-market blood antiquities. He’s leading an international sting at a Louvre exhibition to bring down Swords who are looting precious relics. Kikki joins the Daughters of Inanna to save a priceless Minoan Snake Goddess, Queen Margot’s stolen birthright, and to protect the last descendant of Margot’s royal lineage. Kikki faces the ultimate initiation—risking all to lift the blood curse and save Paris. 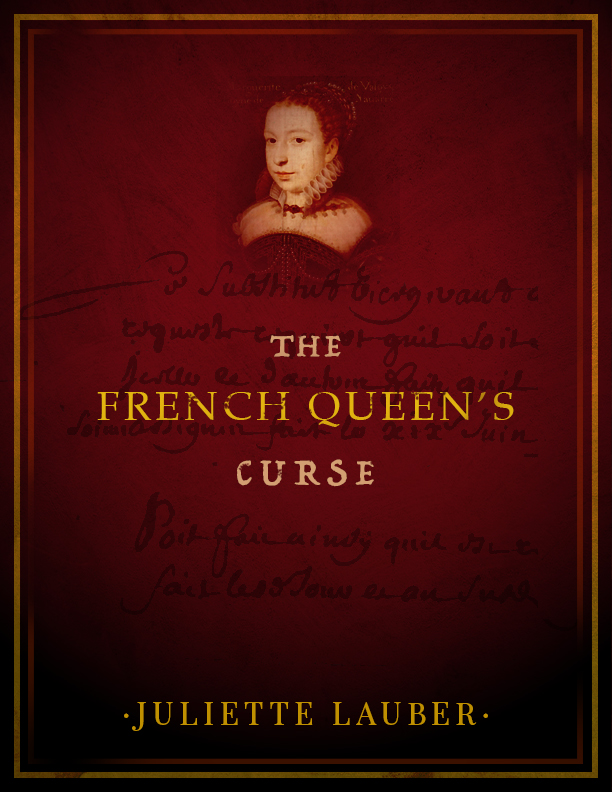 Juliette Lauber’s fans raved about Hotel Atlantis, the first book in the series, a lush mystical thriller, set on the legendary Greek island of Santorini introducing Veronique “Kikki” Trieste, and her hot Spanish lover, Pepe Torres, an Interpol operative who’s on the island to break an archeological theft ring.

At the opening party for Hotel Atlantis, the ritual murder of Kikki’s former Greek lover impaled on Kikki’s Mycenaean dagger turns her new hotel into a crime scene with a curse, Ancient Greek style. He dies whispering of a Bronze Age relic with mysterious powers—a Godshead. The murder exposes a deadly plot by a secret order dating back to Atlantis, whose aim is to take over the island–and beyond–and destroy its rich Bronze Age heritage, including all vestiges of the ancient Goddess religion. 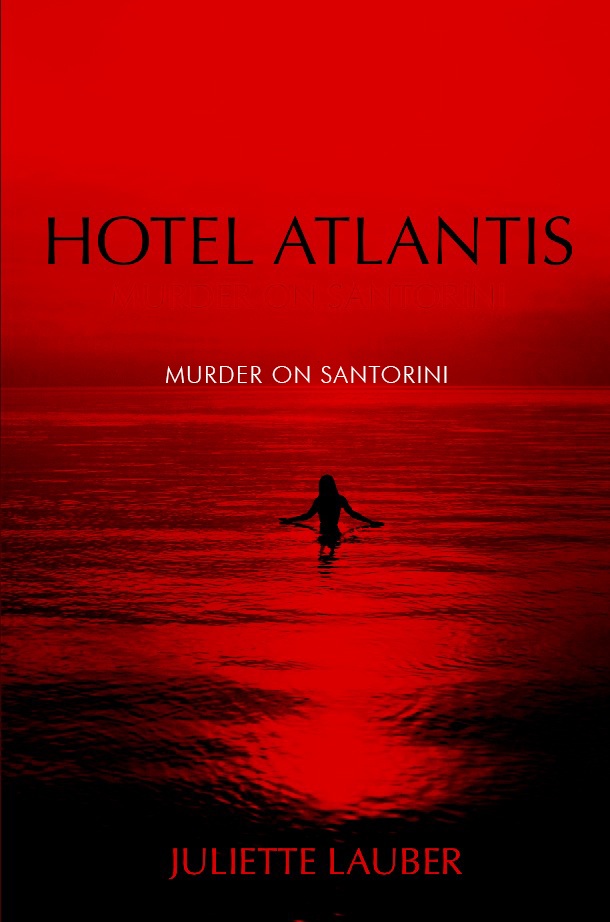 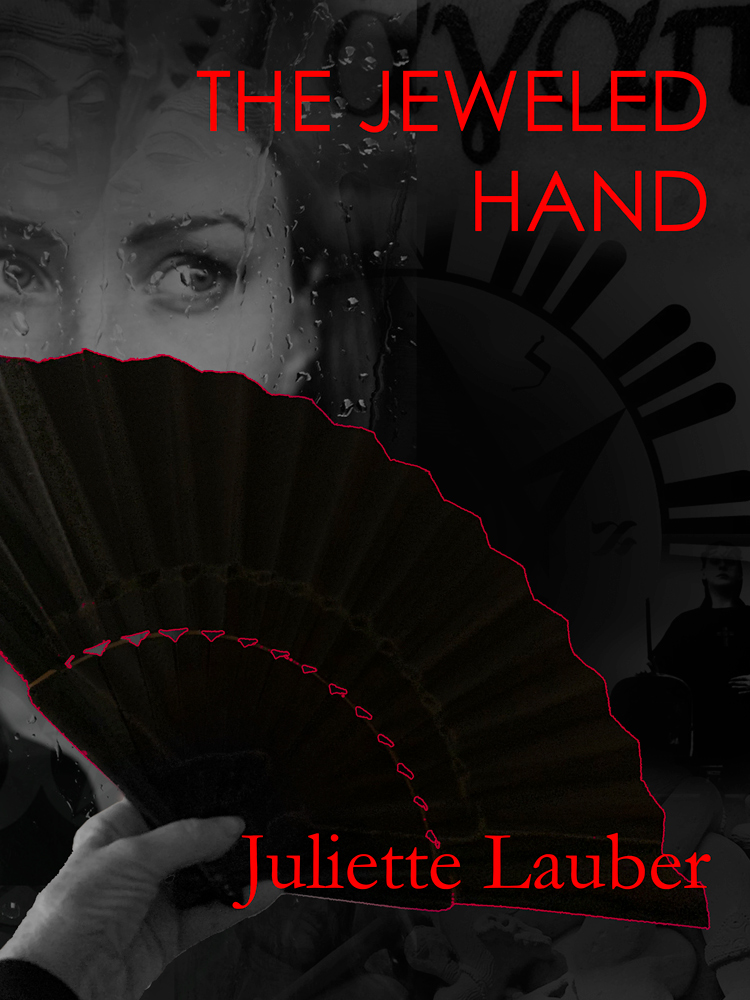 The Jeweled Hand, an international time travel historical and romantic thriller set on the Costa del Sol, Spain, introduces Véronique “Kikki” Trieste. In this prequel, the third book in The Kikki Trieste Trilogy, Kikki, an American international entertainment lawyer, takes a break from balancing the scales of international justice in her Paris practice, and heads for a little fun with her friend Elena, a professional flamenco dancer from Sevilla, and other flamenco buddies, on Spain’s glamorous Costa del Sol. But Kikki’s vacation takes a bizarre turn when she finds a severed human jeweled hand in the gardens of her 5 star hotel – a hand that eerily looks just like her own.

On the eve of Spanish Holy Week-Semana Santa, Kikki’s passion for adventure fatefully reunite her with a former lover, Pepe Torres, a sexy, smart Spanish cop. They take-up a dance of hot sex and slow love, amidst a dangerous underbelly world of murder and black magic.

It is a story of gypsy lore, flamenco, tarot, murder – great sex and stolen jewels! Kikki’s psychic powers raise the stakes for the villains in a revenge cycle from a past life that only she can stop.

I'd love to gift you a sneak peek of my latest book, The French Queen’s Curse. Sign up for my newsletter and receive the first two chapters for free!
You’ll also receive the latest news about Juliette’s novels, and new stories featuring Kikki Trieste.
Your privacy is always respected. Your information will not be sold. Decide you want off?
With the stroke of a key, you can remove your name from my list at any time.